The moment I realised my iPhone was possibly fucked: 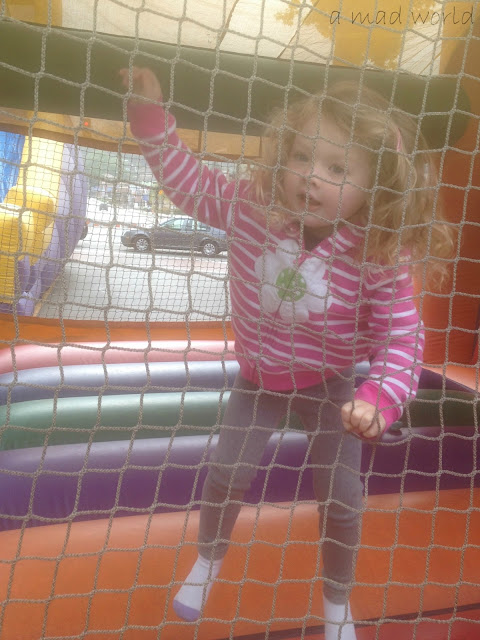 It was a misty morning, but not that misty.

Let me rewind a few hours.

Being a Sunday morning, I was finding it a little harder to get out of bed. Totally psychological, but I do love to get a sleep in now and then. Not really happening these days, though, and both girls were climbing all over my bed, while I curled up in denial. Miss Pie kept opening up the water bottle by the bed, and sipping from it, despite my groggy repeated pleas for her to leave it alone.

Later, after getting dressed, I placed my phone and the water bottle in the same-ish vicinity of one another, ready to take downstairs. I thought I'd checked the lid on the bottle because Miss Pie had been mucking around with it... but not well enough. Or, perhaps Miss Pie had returned to my room, and drunk another mouthful on the sly - it's the sort of thing she'd do. See where this is headed?

After finishing up in the bathroom, I went to grab the phone... and it was partially in a puddle of water. The bottle had tipped over and leaked. However, it had a cover on, and after a quick wipe over, I thought it seemed okay - that I'd rescued it in time before any damage had been done, and the cover had protected it from more water getting in.

Hindsight's a killer, isn't it? I should have taken the cover off immediately, to check for water seepage, but I'm an idiot.

I decided to take the girls out and head to a nearby farmers market before the crowds began. The funny thing about L.A. is that, generally, no matter what day of the week, places don't get properly busy before midday. It would seem there are a few million other people in this city who like a sleep in too.

Anyhow, we arrived at the markets nice and early, and had space for the girls to tear around. I snapped two or three photos - all clear - and the earlier water incident was all but forgotten. 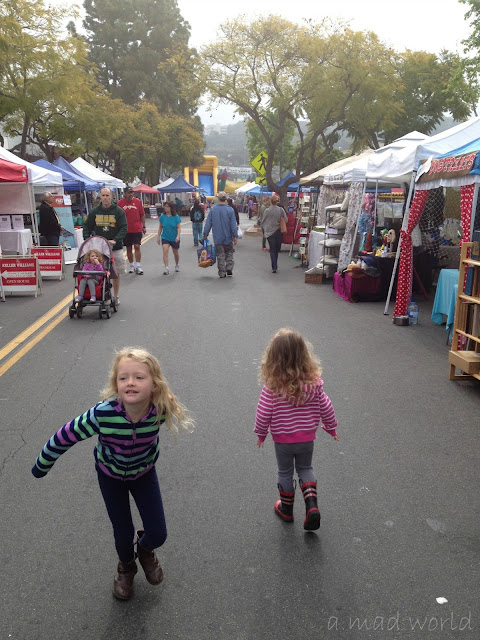 There was a large inflatable slide and jumping castle, and - trying to be 'fun mum' while I do solo weekends with them - I bought a bunch of tickets and let the girls go for it.

Naturally, I took a few more photos. Who can't resist the joyous faces of kids bouncing for gold? As they were putting their shoes back on, I reviewed the shots and noticed they were a bit hazy. Shit. I turned the phone over, and saw condensation on the inside of the camera lens. Shit shit. That was the moment I realised I needed to take the cover off, and that was when I saw drops of water that had been trapped between the cover and the phone. Fuck. Who knew how much more water had got in, and was already inside the phone?

My plans for the rest of the morning thwarted, I rushed us back home, and realised the network coverage on my phone wasn't working (therefore no making/receiving calls). The WiFi worked, so I thought not all hope was lost. After using Face Time with J and frantic questioning, I plugged the phone in, and backed everything to iCloud and the computer. Looking back, it was a miracle my phone managed to oblige, and four-hundred-odd photos were not lost. The battery wasn't recharging, though, so I was still worried.

Next, I popped the phone into a zip lock bag of rice (after removing the sim card). It sounds wacky, but I'd heard quite a few success stories of this trick working, and figured I had nothing to lose.

Fortunately, we had an older iPhone on hand for me to use my sim card with. A friend had upgraded his when the iPhone 5 came out, and the the plan was for the Faery to be able to use it - not as an actual phone (I'm not quite that idiotic, and yes, I judge people who give mobile phones - or worst, smartphones - to young children). She's been wanting a camera, and we thought the Face Time function might ease the separation from J over the next few months.

I held my breath for two days, then tested my phone last night. Popped the sim card in, switched it on. The AT&T logo appeared for reception, the battery percentage increased slightly after I plugged it in, WiFi worked, and - importantly - so did the camera. I punched the air, then immediately sent J a text to let him know the good news.

Fate was tempted, and fate stepped in.

The AT&T logo disappeared, along with the WiFi. Shit. Then with no warning, the screen went blank, then alternated between the Apple start up logo, and the red battery warning display. No indication of it charging at all. Fuck.

So... today I found myself at the Apple store. A technician opened my phone up, took a look inside, and gently broke the news that it'd be cheaper to replace it with another iPhone 4S than to repair it. I'm currently deciding whether to fork out to replace it through Apple, or wait until later in the year when I'll be eligible for an upgrade through AT&T (continuing with the current 'borrowed' phone, an iPhone 4). Truth be told, I don't feel the need for an iPhone 5 (but then, that's how I felt about iPhones in general before I unexpectedly got mine). I'm not happy with the camera in the iPhone 4, so it's a tough decision. Fork out now for instant gratification, or save money and wait until October for an even fancier phone.

I'm consoling myself with the knowledge that in twelve years of having a mobile phone, this is only the fourth one I've had. I think that's a track record to be proud of. Until this week, I've never had to repair or replace a phone that's been dropped, smashed, or taken a swim. I've never lost a phone, never had one stolen. My phones have lasted an average 3-4 years each, and were only replaced simply because they were getting old.

So... spilt mik, crying, and all that... but for now, I'm still fucking annoyed with myself - something bad happening to my phone is something I've imagined and been anxious about, and now that fear's come true. Dramatic? Yeah, but I'll get over it.

The Awful Phone Incident was the the first shitty fear-come-true event this week... but there was another.

Monday was a staff development day at the Faery's school, and I decided it would be the perfect chance to go to the zoo, before the weather in L.A. gets stupidly hot. Feeling pleased that we'd be avoiding the weekend crowds, I put my 'fun mum' hat back on and packed up a bag of snacks and spare clothes (because although Miss Pie has been day-time nappy-free for a little while now and hasn't yet had an accident in public, I didn't want to tempt the gods - they'd already been mean enough this week).

The sun was out, but I'd chosen the windiest day so far this year to walk around a zoo. Good planning, Madeleine, good planning. Palm tree fronds were falling from the sky, by the dozen. Those things are fucking huge, too.

Still, we were having a pleasant enough time, and stopped for a beak in the zoo's playground. Miss Pie had been to the bathroom with me not long before that, and she insisted she didn't need to go again. A few times, I caught her with that far-away look that kids have when they want to take a dump, so I rushed over each time to check on her, and encouraged her to come with me to the toilet block. She was having none of it, and insisted she didn't need to, so I let her be. Idiot.

Of course, she then did the hugest shit in her knickers. Should I even be writing about this? Probably not. But I'll delete this before she's old enough to read it herself.

So, yeah. Massive shit in her pants. Not skid marks. Not a little turd that can be neatly tipped out into the toilet, but a massive one that, well, is impossible to clean up without it first getting everywhere. I had wipes galore, plastic bags and spare everything, but nothing could have prepared me for that nightmare. Shit. Everywhere. Not baby shit, which I can deal with. Three-year-old shit. Did I mention it got everywhere?

Let's just say I was a hot mess of crankiness. 'Fun mum' had packed her bags and left the building. It was on par with the pool incident. I'd been dreading - for some time - the thought of Miss Pie crapping herself spectacularly while out and about, and that fear came true.

Collect pretty buttons? Here's one for you: 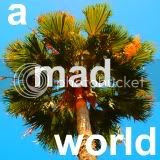